A cookie is information stored on your computer by a website you visit. Cookies often store your settings for a website, such as your preferred language or location. This allows the site to present you with information customized to fit your needs. As per the GDPR law, companies need to get your explicit approval to collect your data. Some of these cookies are ‘strictly necessary’ to provide the basic functions of the website and can not be turned off, while others if present, have the option of being turned off. Learn more about our Privacy and Cookie policies. These can be managed also from our cookie policy page.

IE10 and below are not supported.

We are committed to giving greater support to River Murray irrigators by:

Previous feedback identified that our approach to allocation announcements can be improved to better inform business planning. We also heard that early and consistent announcements, that include probability scenarios, will help to better plan for key business needs.

A proposed new approach is summarised below, with further detail available in the fact sheet. We would like to know what you think of this approach and whether you have any other suggestions to improve the announcement process.

A minimum opening allocation announcement would be made by no later than mid-April, based on the ‘worst case’ forecast of water availability for the next water year as provided by the Murray-Darling Basin Authority (MDBA).

Entitlement holders would receive a range of water allocation outlook information, including:

The figure below shows a proposed allocation announcement timeline. 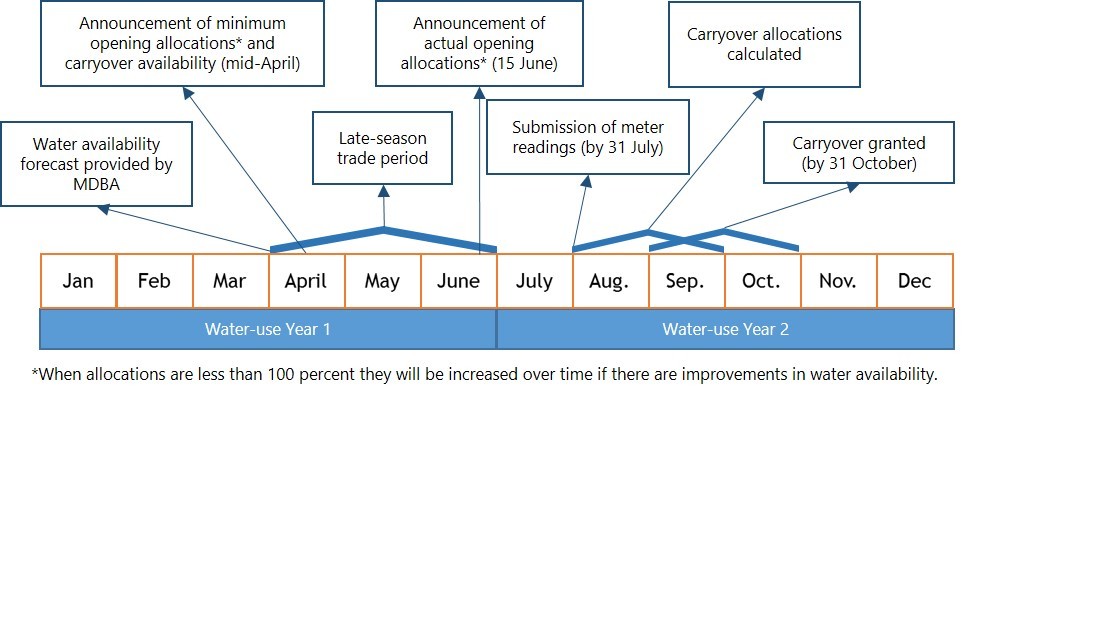